​5 people walk into a bar. They fight, fall in love, and escape the stress of the world around them.

5 people walk into a queer bar. They fight about how to navigate a political landscape that marginalizes them. They fall in love and navigate the complexities of having intimate relationships across social differences. They escape the stress of the world around them through a musical canon that records their history in a coded language.

5 people walk into the same fantasy gay bar 5 times in their mid-adulthood in 5 different time periods - the 1920s, 1950s, 1970s, 1990s, and present day. Each time these 5 people, with their assemblage of identities, walk into this bar, their relationships are affected by the realities of the political climate that surrounds them at that given moment in American history.

A 5 person chamber musical, QPT was developed in the Dramatists Guild Foundation Fellowship Program and at the Catwalk Residency.

T and L drive their 1966 Ford Thunderbird Convertible off the edge of the Grand Canyon and into a fantasy-driven, irreverent, queer, rock musical – TL;DR: THELMA LOUISE;DYKE REMIX where strong female characters don’t “always gotta die.” The cast and Kickass Band defy the traditional cis-white-femme-skinny-able-bodied male-gaze-inspired concept of queer women in media with full on Riot Grrl aplomb. T and L attempt to sort out their new identities, how those identities impact their relationships with each other and The Band, and seek out the queer happy ending they’ve always deserved.

TL;DR has been developed in residency at Rhinebeck Writers Retreat and The Eugene O’Neill Theater Center. It has been workshopped and developed at The Tank, UArts Polyphone Festival, and Rhinebeck Writers Retreat’s Triple R Program. TL;DR is the 2021 Winner of the Richard Rodgers Award and is part of the National Alliance of Musical Theatre's 33rd Annual Festival of New Musicals. The music is also a winner of an Anna Sosenko Trust Grant.

EllaRose Chary & Brandon James Gwinn are an award-winning writing team specializing in stories that take a fresh look at the queer community with cutting-edge music. They are the 2021 Richard Rodgers Award winners for TL;DR - Thelma Louise; Dyke Remix. TL;DR is also a part of NAMT's 33rd Annual Festival of New Musicals. They’ve been commissioned and produced by The Civilians at Encores! Off-Center at City Center and Joe's Pub, 54 Below, Theatre C, The Tank, UArts’ Polyphone Festival, All For One Theater, Prospect Theater, and more. They’ve been in residence at Ars Nova, Rhinebeck Writers Retreat Triple R Residency, The O’Neill National Music Theatre Conference Incubator Residency (and conference Finalists), and Catwalk Institute. They’ve been awarded grants from NAMT and Anna Sosenko Trust. As Dramatists Guild Fellows, they’ve been featured many times by the Guild and The Dramatists Guild Foundation, including in The Dramatists Magazine and online as part of a celebration of World Pride. Together they created Tank-aret, a monthly cabaret series at The Tank featuring underrepresented artists. Their immersive, soundscape driven theatrical experience THE SÉANCE MACHINEwas part of the Tank’s 2019 Obie-Award winning season.

EllaRose’s work has been recognized as a Kleban Award Finalist, NYFA Fellowship Finalist, Kernodle New Play Award Finalist, Great Plains Theatre Conference’s PlayLab playwright, an artist in residence at Harvard College (where she was also a Guest Lecturer), and with Weston and BOH Cameronian Arts Awards. Her award-winning TYA musical The Doll Maker’s Gift debuted at The Rose Theater in 2019. As an advocate for inclusion in musical theater she has written for The Lilly Awards Blog, HowlRound, Musical Theater Today (contributing editor), and served on panels at NYMF and with Honest Accomplice Theater. www.ellarosechary.com

Ella and Brandon's musicals includeTL;DR: THELMA LOUISE; DYKE REMIX, HOW TO SURVIVE THE END OF THE WORLD, COTTON CANDY & COCAINE, QUEER. PEOPLE. TIME., PATCHWORK and THE THINGS I DON'T SAY. 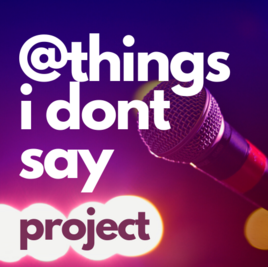 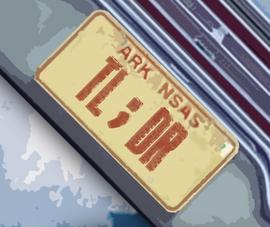 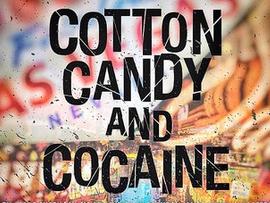 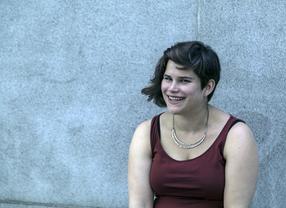 How to survive the end of the world

​​COTTON CANDY & COCAINE is an immersive electro-pop musical experience. It follows a chosen family of working people who facilitate other people’s vacations, including Minnie, a queer kid who dresses up as the famous mouse and takes pictures for tips. They do this in Tad Park’s Vegas, what Tad Park - a wealthy, tech entrepreneur - has dubbed downtown Las Vegas as he tries to “revitalize” it.  The plot hinges on Tad Park’s attempt to placate the union protestors at the construction site for his new condos. Exploring themes of community, gentrification, the exploitation of essential workers, and ethical questions about Big Tech, the story hurdles towards a major confrontation that reveals the darker, disturbing effects of gentrifying a struggling part of a city -  all with the veneer of a Vegas dance party that demands the audience’s complicity.

Timely and urgent, Theatre C’s developmental workshop of COTTON CANDY & COCAINE was in a gallery space that ended up being “in the footprint” of Amazon’s Long Island City campus - a plan that was ultimately defeated by working people in the local community - a storyline that mirrors the narrative of the show. The musical has been developed in residence at Ars Nova (Uncharted), with Theatre C (NAMT Grant residency) and had a reading Write Act Rep. 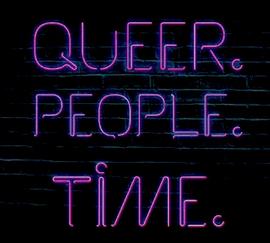 How to Survive the End of the World is a short web-musical that was written, rehearsed, produced and shot in quarantine in the spring of 2020. The piece tells the story of Al, a woman who has preserved years of video messages from her older brother who passed away prior to the quarantine lockdown. She now lives in a world where all of her human interactions happen on screens, which blurs the line between alive and dead, what is real and what is only in the cloud. After Brandon & Ella were inspired to remotely write a musical that deals with loss when so much of our lives must move online, the cast rehearsed via Zoom and recorded all the material by themselves at home on their own phones and devices. The cast features Hannah Cruz, Dylan Hartwell, Greg Sullivan and Ellen Winter. The musical is meant to be watched on your phone and is available streaming on YouTube. 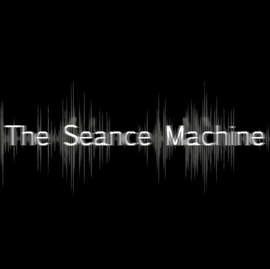 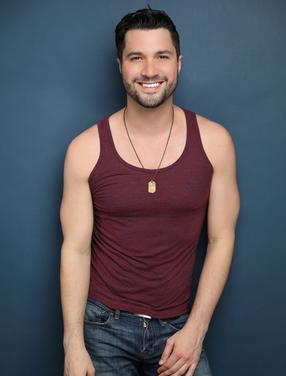 The Things I Don’t Say Project is a musical theatre piece that exists as a digital queer community on Instagram and is being developed for the stage and an album. Ella & Brandon were so inspired by the work they were doing in rehearsal in February 2020 at the Polyphone Festival at UArts – they were working with a badass team of students and were creating a queer brave space that validated why they want to make the kind of work they want to make. That process got cut short, but they’ve been trying to think of ways that their desire for that kind of collaborative space can still be realized during the time of distance surrounding COVID-19. With nearly four shows worth of queer AF content written so they could make things with other artists they admire to center underrepresented voices, Ella & Brandon started this digital project featuring artists they love singing songs from thier catalogue. The instagram space also features video chats with some of their favorite theatermakers (like Drama Desk Nominee Taylor Reynolds and Pulitzer Prize winner Michael R. Jackson). To support the development and/or get more information about how to be a part of this community and project please click here.

Do you believe in time travel? Do you believe in ghosts? Do you believe in... science? What if you could listen to the voices of the past as easily as you listen to your favorite podcast? You can! in this unique theatrical demonstration - the unveiling of visionary scientist Dr. Carolyn Blau's Mechanical Wave Reassembly Hypercardioid Sequencing Module. The Seance Machine is an hour long, interactive theatrical experience. Our audience of scientific “colleagues” is invited to observe and participate in the first demonstration of an exciting new tool. A brilliant piece of machinery and engineering destined to revolutionize the study of the physics of sound and push the boundaries of the world we inhabit. The show features a unique multidirectional sound design and score to create the immersive, horror landscape.

THE SEANCE MACHINE debuted off-off-Broadway in 2019 as part of The Tank’s Obie-Award winning season. In 2020, All For One theater commissioned NEMOD Industries Presents Dr. Blau's Séance Machine App: Surround Sound, a spin-off, digital, solo short which is a 2021 Drama League Award Nominee.

Read press for the show here.